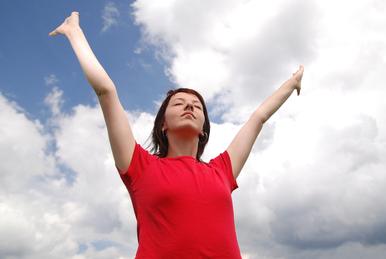 There is no doubt Western medicine has been highly effective in the treatment of various  diseases and conditions. It has helped to increase the lifespan of humans thereby reducing the suffering from this world. And that day is not so far when almost all ailments will have an effective cure and humans will live longer than they are doing now. However despite the fact that how valuable the current western medicine it is, still it hasn’t  proved to be 100% effective in treating all conditions. There are far many souls who don’t find these treatments offering a solution to their condition or maybe it is only offering a partial remedy. Such individuals often shift their sight towards complementary therapies for solutions

As the name suggest complementary therapies are not there to replace western medicine rather complement it. The primary aim of it is to use them along with medical treatments so that people can get the best care. Hence most hospitals offer such therapies along with the standard medical treatment. It has proved to be particularly effective in helping people to cope up with chronic pains and stress. Acupuncture is one of the most widely practiced of all complementary therapies.

Acupuncture
Acupuncture is one such therapy that is effective in curing and preventing many physical and mental conditions. It has been practiced for more than 2,000 years in China and even other parts of Asia which make it one of the oldest surviving healing practices on the planet.

How Acupuncture Works
Acupuncture says that physical and mental symptoms are basically caused by imbalances within the body. According to Chinese medicine, such imbalances leads to blockages of Qi/Chi. The ability of Qi to move unimpeded is highly important because this is what “life force” is. When this force gets trapped/blocked it leads to mental and physical symptoms. In our body, there are 14 major energy paths and these are called meridians. Along these meridians, paths are hundreds of acupuncture points.

In acupuncture, tiny needles are used to promote the flow of Qi. These needles are placed in specific acupuncture points depending on the particular problem. The acupuncturist conducts a full assessment of the individual before deciding the best course of treatment for him/her. It involves more than just considering the physical symptoms. Once the location of the blockage to Qi is determined the acupuncturist works on restoring the flow. This method relieves any physical symptoms thereby healing the underlying condition.

Regardless of the traditional theories, the real efficacy is discovered in acupuncture practice. Recent research has discovered that the molecular and chemical foundation of the practice. A chemical known as Adenosine is stimulated deep in the tissue which works as natural pain-killing and anti-inflammatory effects.

Acupuncture Procedure
In this process, the acupuncturist inserts sterile needles into the client as needed. It is placed at different depths usually between 1 and 2 inches below the skin. It’s not as painful as an injection because the needles are a lot thinner. Most people just experience a tiny prick of pain as each needle is inserted into their skin.

The effects of acupuncture in the treatment of addicts include: